Well, Blount students have taken Whitman’s multitude of wise words to heart and events planning is no different. Below is just a few of the events hosted by the fearless House of the People. While on the surface it seems that a Blount Student simply leaves the University of Alabama with a liberal arts minor, the Blount program also provides a strong, driven cohort of fellow academics.  But, this core group of young academics, like the rest of us frankly, always need a little socializing, and the Blount Program has plenty of that.

All of the rituals, ceremonies, and events are optional. You don’t like costumes? We do not bag and gag you and throw you up on the Halloween stage. You do not like football? Guess what not everybody does (even at The U of A)  and you do not need to go to tailgates. But the Blount Program and its student leadership (House of the People) try to provide a plethora of different events that can appeal to a swath of different people. And that is the best part. All of these events are hosted by students. If no one wants to go to an Open Mic Night, we do not have to host that (But its quite entertaining when Whiting does his annual interpretive dances)

Below are just some of the activities and events that Blount students organize and/or participate in each year: 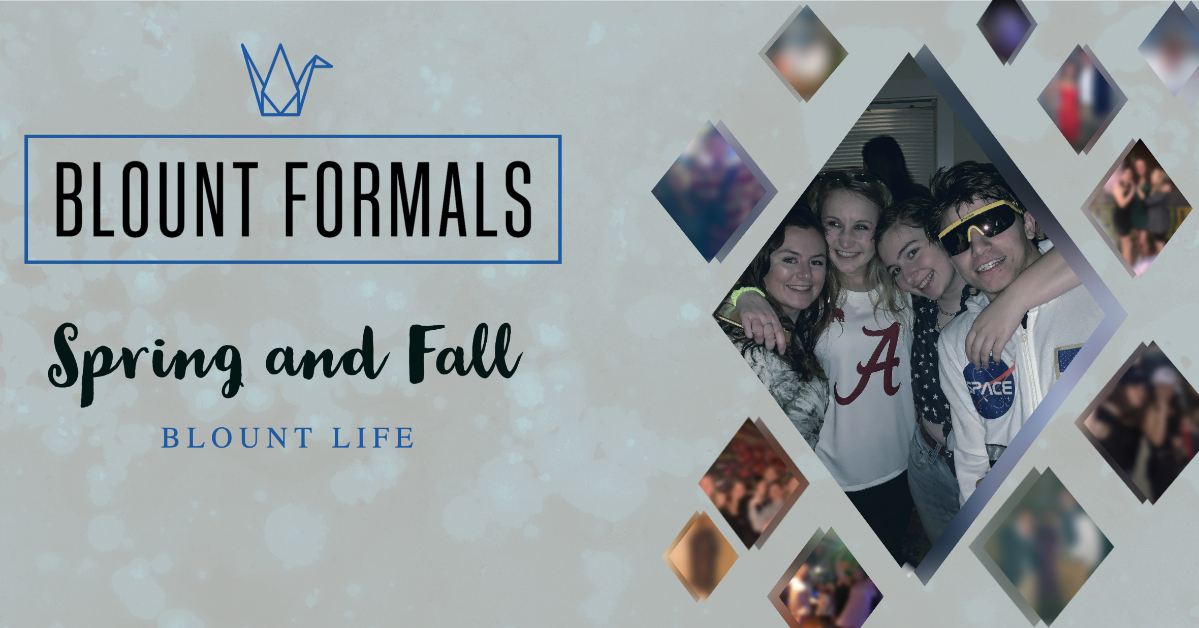 Bring your best outfit (or space jumpsuit if you have one) and show us your best dance moves. Every semester the Blount Student Organization puts on a formal for the Blount students. From Psychedelic Cinema to Planets and Plants. So does that mean that the attire for the Psychedelic Cinema is that a black suit with a tie-dye tie or does that mean a full-on Charlie Chapman outfit flooded with colors? I mean if you have that in your closet we’d like to see it. It’s up to you and it changes every semester. 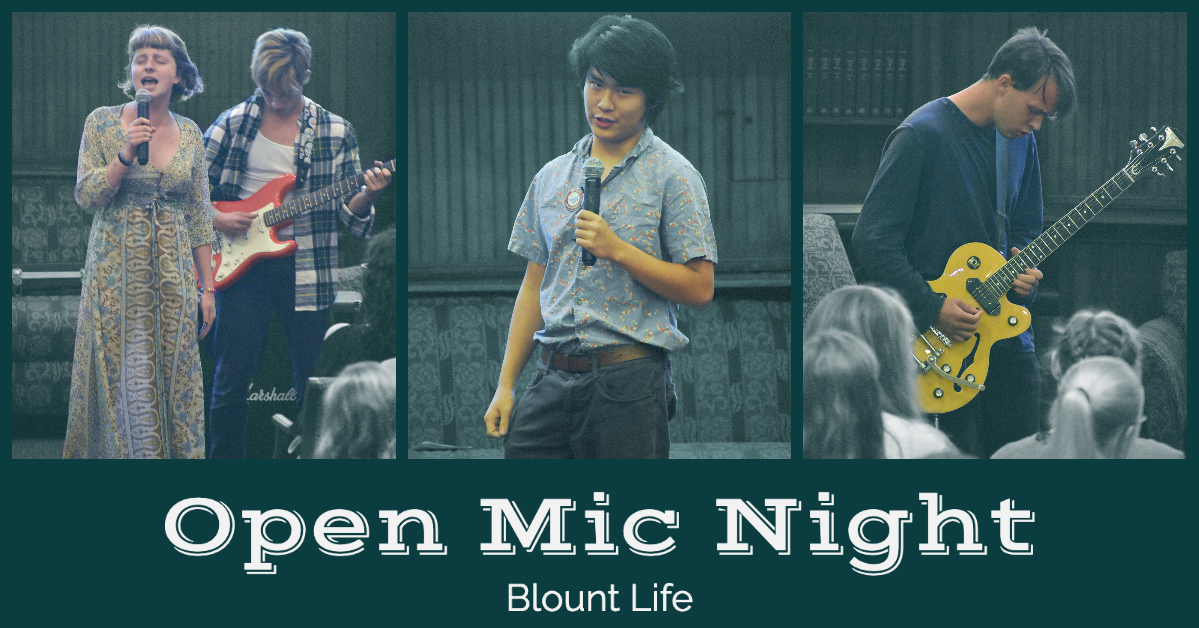 Have a talent? Don’t have a talent? From guitar solos to poetry recitations to telling a story of a WWII soldier who took down an entire take with a single umbrella. Blount puts on an Open Mic Night every semester open to all Blount Students, professors, and friends, and every year surprises you what Blount students actually think is a talent. 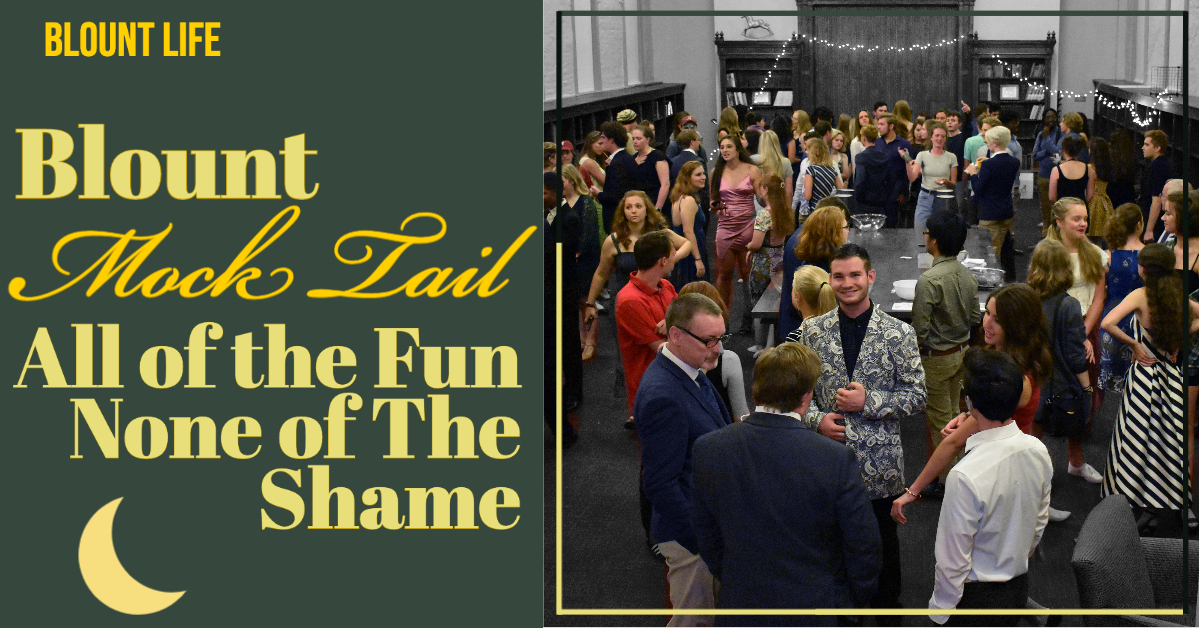 Do you really think when you transition from an awkward high school student that you become some socialite? No of course not but do you know the one way to solve that? Social interaction! Ok well, social interaction will not cure all of you but there’s only one way to find out. Blount puts on a “Mocktail” at the first of the fall semester so freshmen can interact with upperclassmen and decide which goliath they will overtake and one day assumes that position for that same cycle to ensue. Perfect balance. 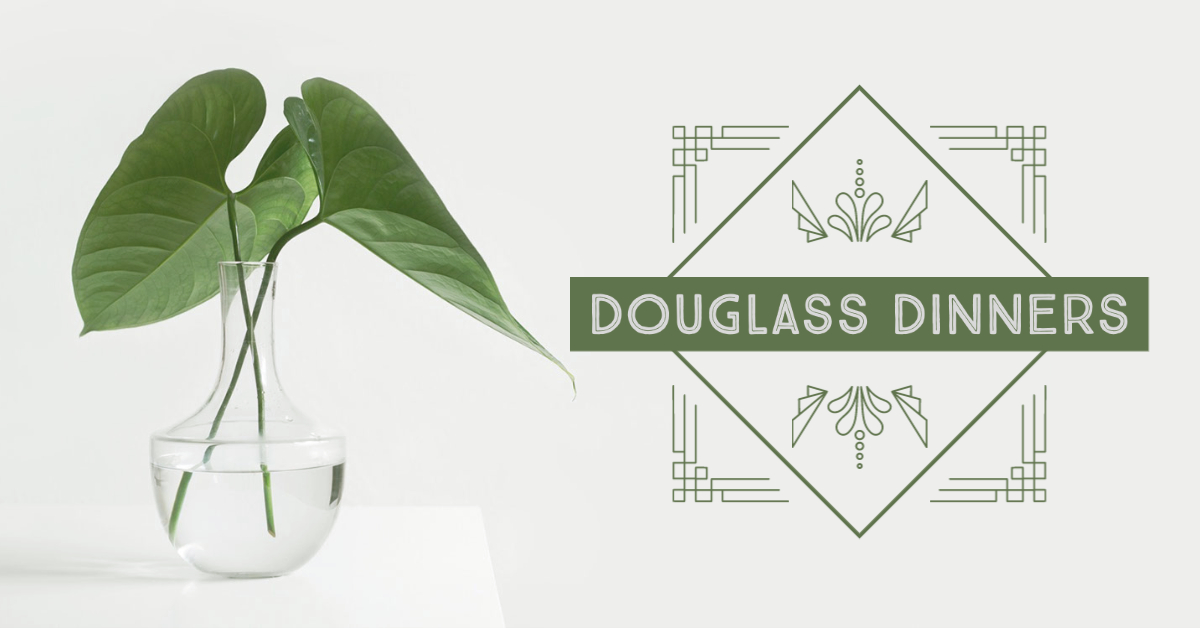 Blount does not just house spectacular students but also stellar faculty. And it would be a waste of resources if we did not fully take advantage of some of this potential networking. Blount hosts biannual “Douglass Dinners” where students have the opportunity to have dinner with Blount professors who have studied all across the United States and the world. And if that does not sell you on the endeavor well the food is free. Appealing both the collegiate scholar and the college student equally. 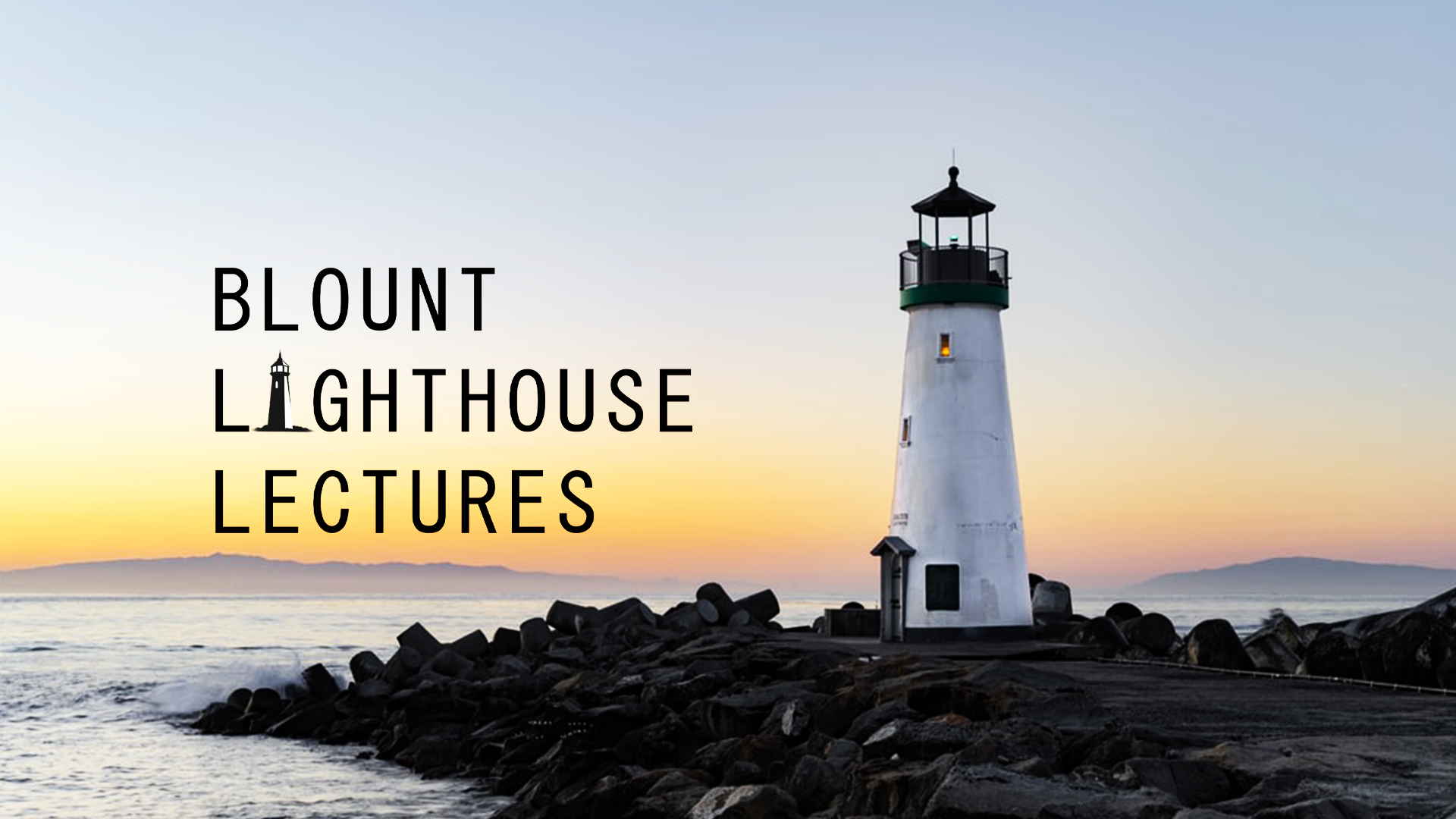 Blount has quite the knack of attracting the eye of scholars eager to share their visions and experiences from all across disciplines. From the Harvard fellow and Alabama Graduate Biologists E.O. Wilson to the award-winning author Christina Baker Kline. Blount has had speakers from across UA’s campus come and speak and everywhere from SPLC to local Art Festivals. If you want to check out more about our speaker series check it out. 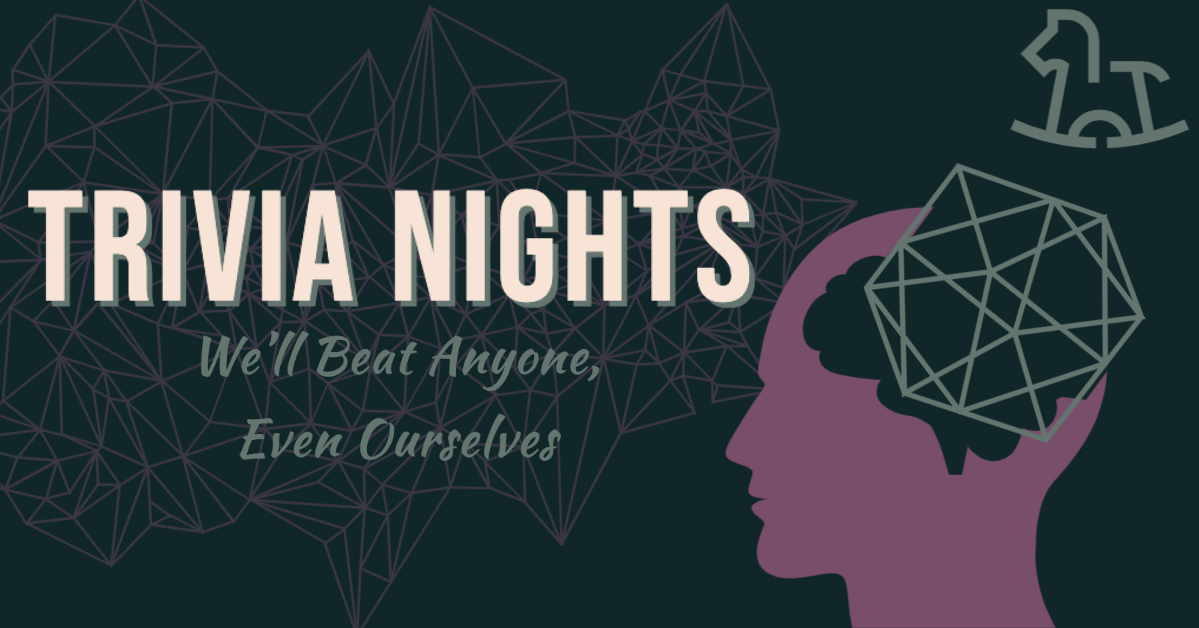 What else can be said about this? It’s in the name. Scholars. We host trivia nights between various groups from New College (Current 2020 champions) to the Undergraduate Historical Society. We even have our own trivia team. See the thing about trivia, we all know some. Its… trivial.

Gamedays on the Quad 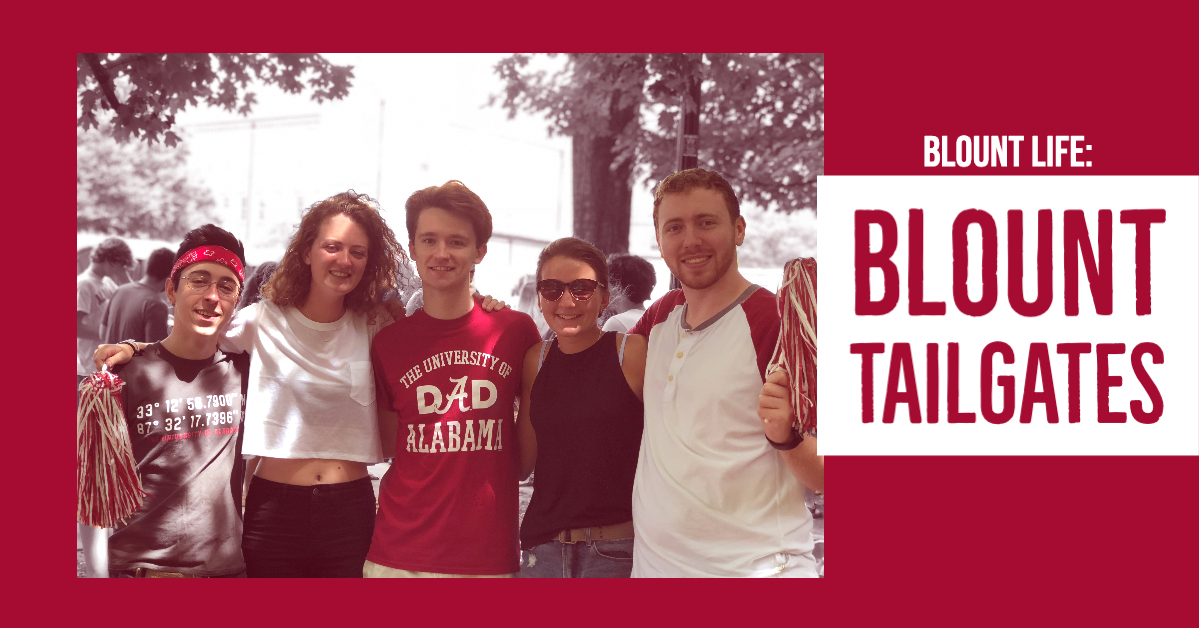 See even though we are nerds, we are nerds at THE University of Alabama. You can’t not have a tailgate. And Blount… we outdo them all. First, since we have two of the best buildings on campus in the middle of the quad we have some prime real estate. Second that real estate has indoor air conditioning. I don’t think you understand the gravity of that previous statement. Air conditioning at an Alabama Tailgate in the middle of September is the closest you can get to pure happiness. 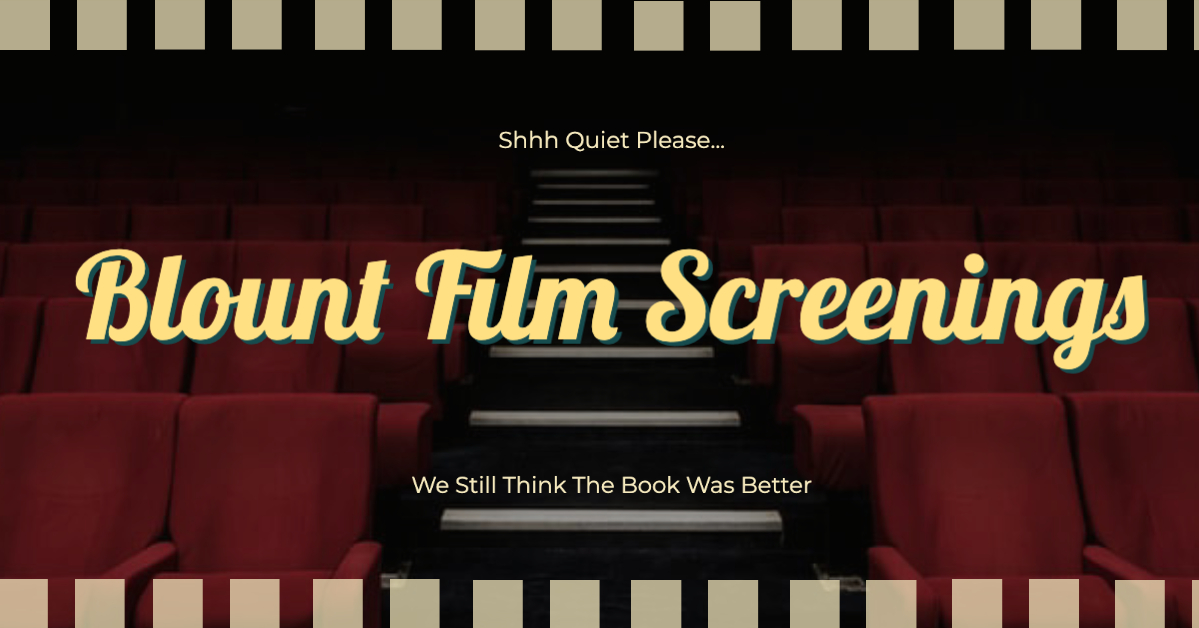 Now Blount is that kid in class who insists you read the book to any movie. But Blount students also enjoy their fair share of high-quality films. Blount often puts on a myriad of films for its students to truly escape from the menial tasks of life and truly invest yourself in the romance of two mediocre and overpaid actors. Most recently Blount has screened The Big Lebowski and Camus’ The Stranger 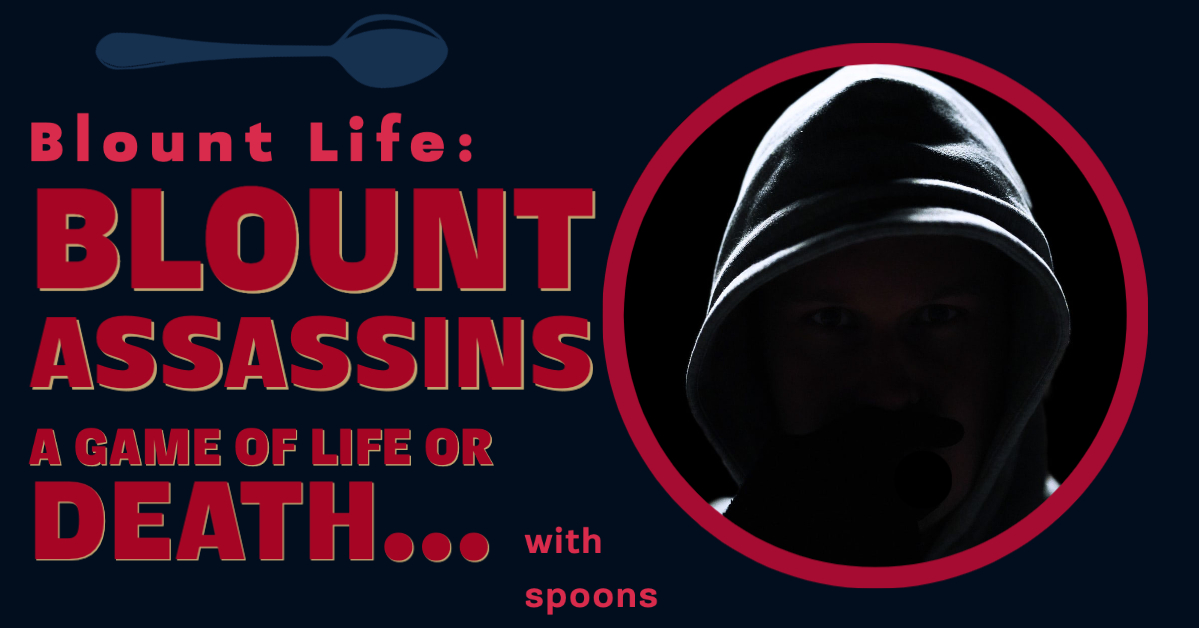 You know that guy down in 213B? Yeah that guy who plays his guitar in his room at 2 a.m. in the morning for no reason. Like come on man don’t you sleep? While Blount cannot condone violence we can provide a perfect way to handle that rage: Blount Assassins. Blount Assassins is an annual event where Blount students are assigned a random “target” where they have to assassinate their target (IE tapping them on the back with a spoon). While we cannot replace snipping those guitar strings this is the next best thing. 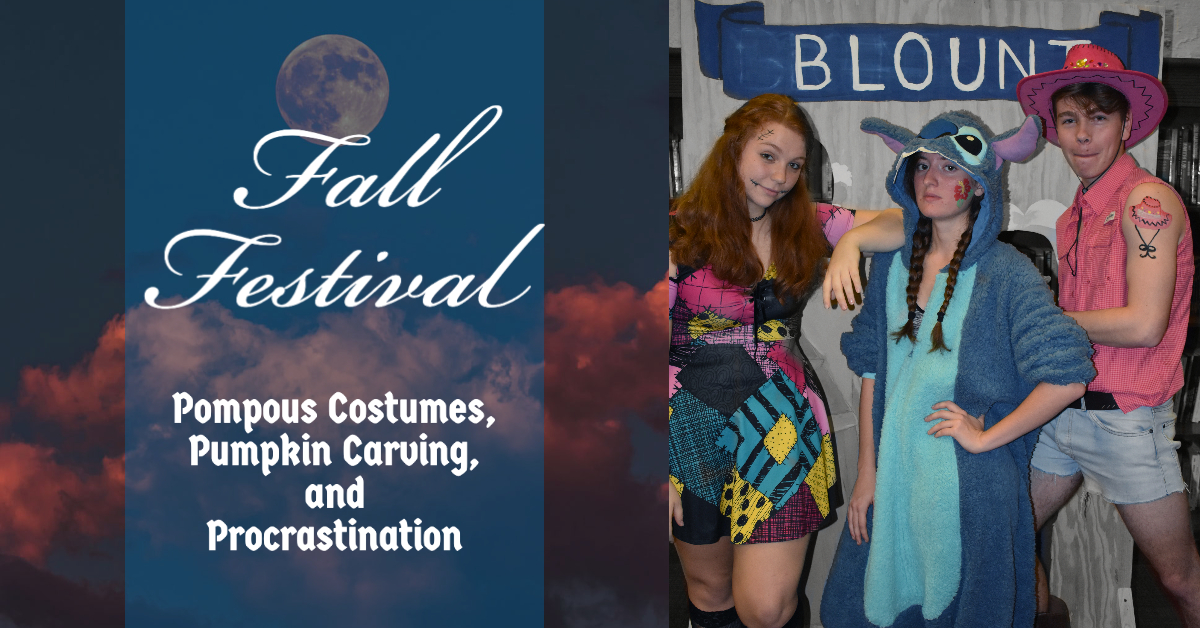 Its the middle of the semester. You are about to face your first-ever collegiate midterms and you have studied the textbook front and back. So why not have a little fun. Every year Blount hosts a fall festival where Blountees can show off their best costumes and Kigurumis. If costumes aren’t your forte there is always pumpkin carving and the constant gripping fear that you did not study enough for that test. Oh well, you can at least shove your face with sugary candy until you forget or you get a high enough sugar rush to write that final essay. 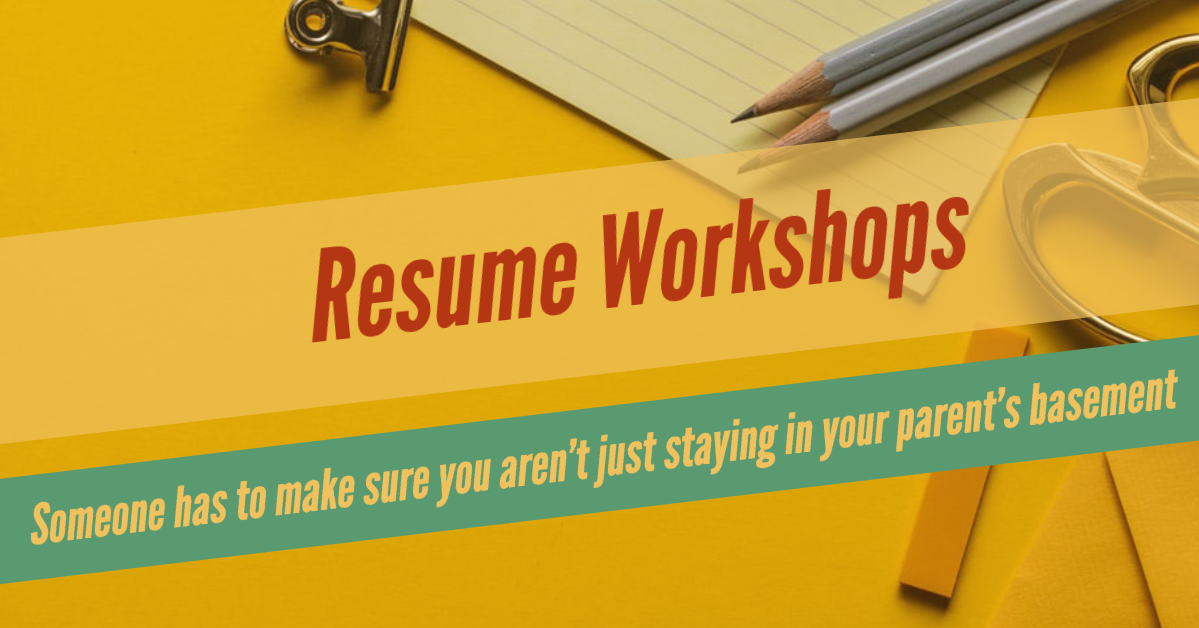 As the title suggests, someone has to do it. Annually, BSO will host resume building workshops. As well as building resumes, Blount often connects their underclass students in internships and other opportunities on campus. Blount helps Blount 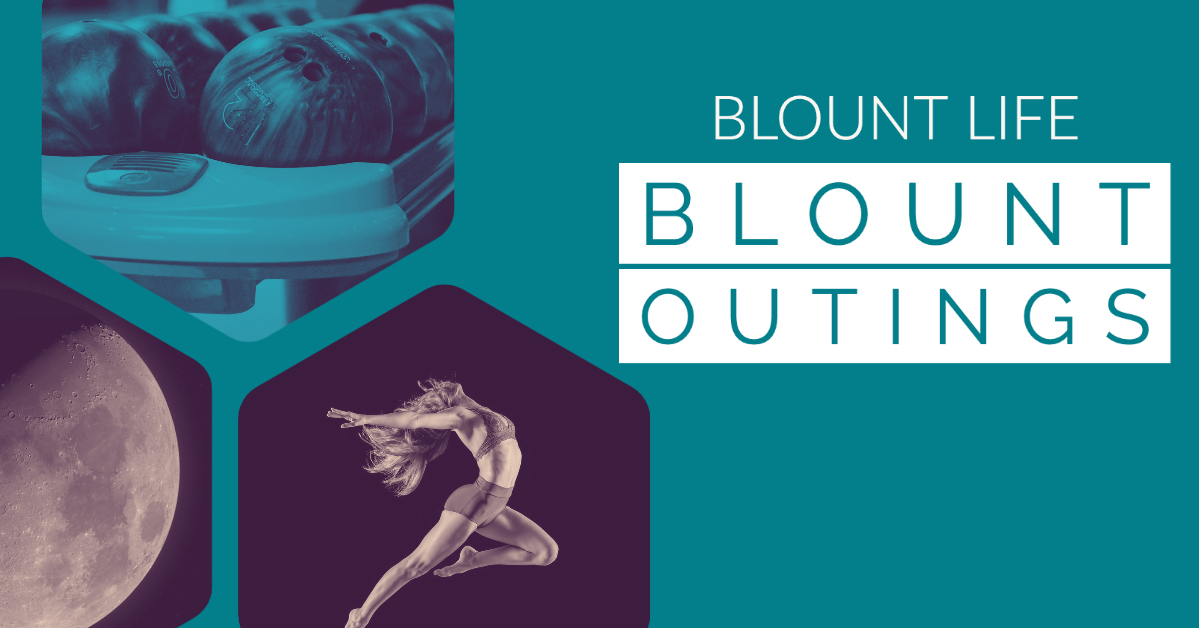 The Signing of the Book 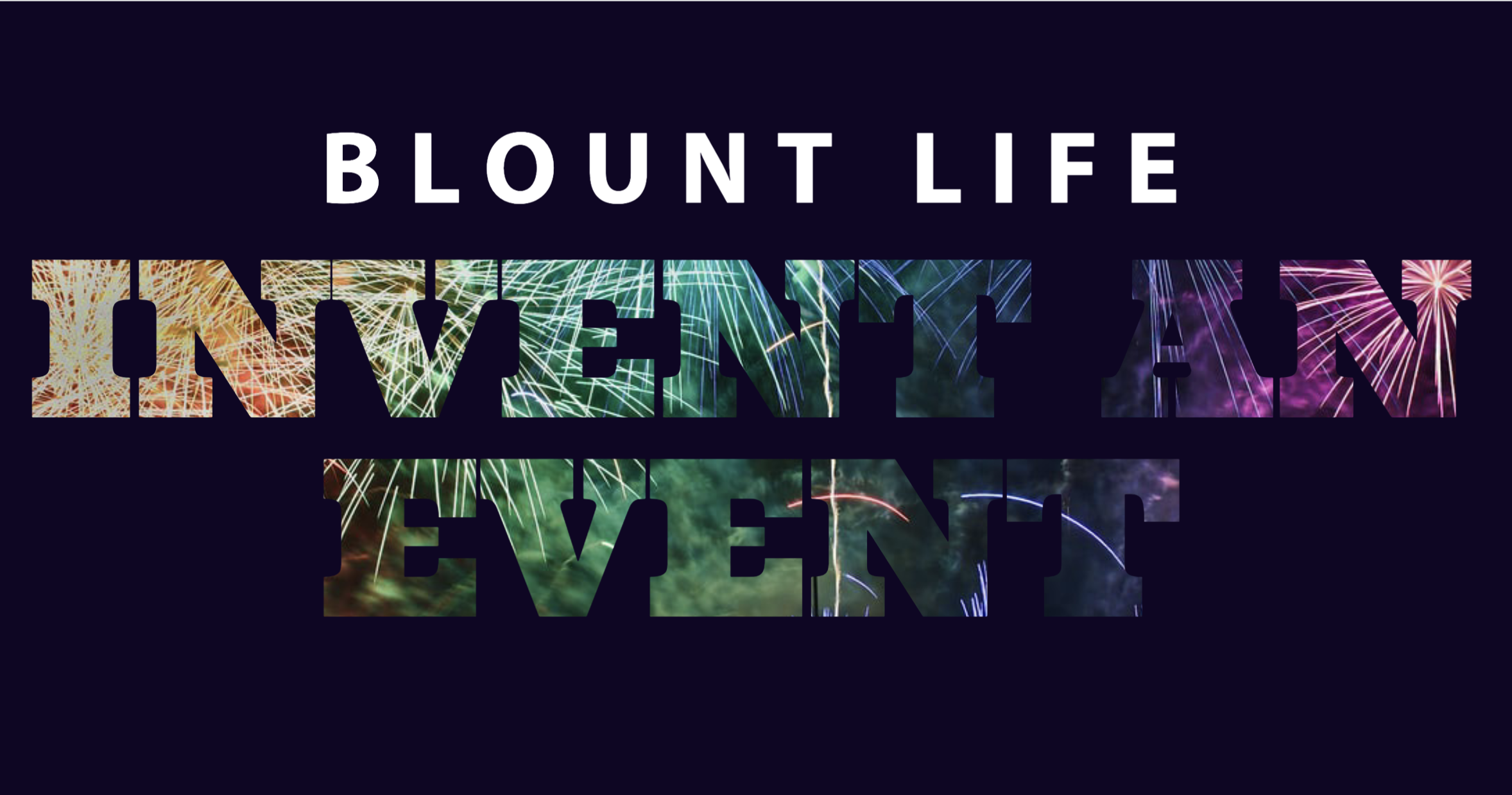 Can you think of an obvious event that we should be hosting that has just conspicuously escaped our creative minds? Bring your ideas the program and apply.