You’ve used buildings your whole life. But can you identify one that was just plain good design and describe why? Starting with the Roman author Vitruvius, we’ll take up the holy trinity for evaluating architecture: structure, program, and delight. Buildings that demonstrate innovation or sensitivity to these qualities will be discussed with campus walks and slideshows. Beyond the ancient criteria, we’ll consider more recent demands on architecture (such as furthering an egalitarian society and curbing climate change) and discuss its value as a contributor to and mirror of our culture’s priorities and identity.

In this course, we analyze various topics that figure in public discourse about Muslim women, like veiling, Islamism, jihad, and patriarchy. We aim to understand how public discourse often works through essentialization and culturalization. How have Muslim women positioned themselves towards such discourse and how have their identities been influenced by it? We juxtapose common Western ideas about Islam with everyday practices of Muslim women in different contexts (e.g. the US, France, Germany, Egypt, and Lebanon). The course thus focuses on global variation in Islamic practice, on how Islam relates to other aspects of women’s everyday lives, and on women’s capacity to exert agency in relation to various conditions that might be considered repressive (e.g. gender relations; policy conditions; discrimination and Islamophobia).

How do we narrow the list of potential US Presidential contenders to just two? How has the nomination system evolved over the last 200 years? Why do the rules keep changing, and how/why are they different between the two parties? What kinds of candidates do well in primaries and caucuses, and what kinds of voters turn out to participate in them? Why do so many candidates drop out before any voting starts? What criticisms have been offered of the current system, and what reforms have been proposed? We will examine journalistic, historical, and political science research on these topics, and maybe you can do some of your own. 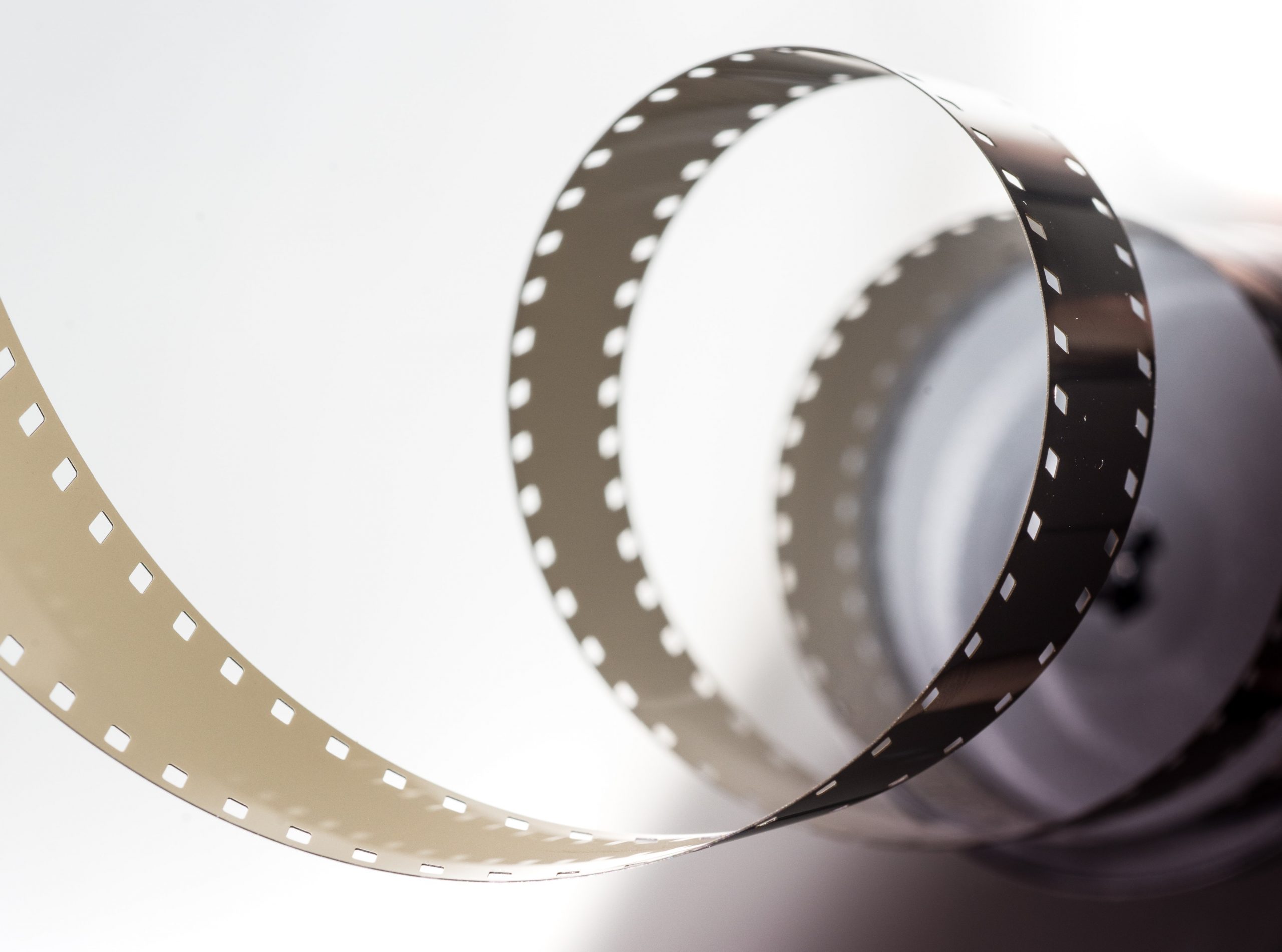 What is time? We use it, we measure it, we never seem to have enough of it. But what is it? Does it flow, does it run in a certain direction, does it even exist? We will attempt to tackle these questions and more by delving into the medium of film, a medium perhaps uniquely equipped to answer these questions. Film captures moments gone by, making them both acutely defined and nebulous at the same time. So join me, and help me see what Christopher Nolan, Stanley Kubrick, and David Lynch (among others) can teach us about time. I promise it won’t be a waste of your time, if only because we don’t know whether time is a thing you can waste, or if it exists (tardies still count, though).

This course is intended to show you how to use a digital camera to photograph everything from insects to elephants. The techniques from this class will equip you to extend beyond nature to product photography and other print quality images. By the end of this course, students will be able to make publishable quality photographs for use in biological research, communications, and creative/artistic applications. This course will focus on using: digital single lens reflex (DSLR) cameras, DSLR-related equipment, field and studio techniques, post-processing, and photographic workflow. Equipment can be rented from the library if you do not already own a camera or you can barrow a camera from a friend or family member.

Living longer is a crowning achievement of Western Biomedicine. But, has modern medicine resulted in better lives for Americans and others worldwide? Is everyone equally benefiting from medical advances? In a time when pharmaceutical companies rake in record profits from new or revamped drugs and politicians taut the success (or failure) of the American medical system, it is not always easy to discern medicine from rhetoric. This class explores health and illness with special attention to social and cultural factors that influence healthcare as well as gender, race, economic status, and environmental concerns that impact who gets sick and who gets better.

This course examines the role of language in the social construction of race, racism, and racial identity in the contemporary U.S. Based in linguistic anthropology but also drawing from medical anthropology, the course emphasizes the links between everyday language and cultural processes of racialization occurring in educational contexts, healthcare settings, in the media, in religious practice, in music, on social media, and in public policy discourse. body. Course readings, discussions, and projects will all, therefore, emphasize the connections between language, race, and human experience—including embodied experience and health/illness—in cultural context.
Throughout the semester, we will also focus on studying the emerging field of Language and Social Justice, which utilizes detailed ethnographies in order to emphasize (1) the ways in which language functions as a tool of power in society; and (2) the ways in which language and language practices can effect meaningful change. Throughout the semester, in addition to readings we will be actively studying the connections between language, race, and human experience in cultural context. This means that we will be conducting critical social (rather than linguistic) analyses of the language that surrounds us in daily life: on social media, in the news, on TV, in advertisements, in movies, in songs, in text messages, and spontaneous conversations in order to generate ideas for specific language and social justice projects, on small or large scales, that we might enact in our communities.
After reviewing several core concepts in linguistic anthropology, the course focuses on understanding how power is enacted in everyday language; how speakers of various language varieties experience everyday interaction in various contexts; how “code-switching” works in complex social encounters; how “style” and “stance” are drawn upon in racialized identity construction (for all speakers); and how language, race, and gender work together in interaction.

Most people today, who have any knowledge of the French Revolution, know only about the so-called “Reign of Terror,” and its widespread use of the guillotine to execute any and all opponents of this great upheaval. They have little or no knowledge of the causes of this cataclysmic period in history or of its long-term consequences. Case in point: On August 26, 1789, the National Assembly of France approved the Declaration of the Rights of Man. The 16th article of this declaration states: “A society in which the observance of the law is not assured, nor the separation of powers defined, has no constitution at all.” Does this article pertain only to the French Revolution or is it germane to an honest discussion of how our constitutional framework is implemented today?
The purpose of this course is admittedly ambitious. It is to study the French Revolution and the succeeding Age of Napoleon in their historical context and also to examine their relevance to the emergence of what we call “The Modern World.” Here we will not only examine important studies of this historical period, we will also debate the clashing views of Edmund Burke and Thomas Paine—the father of conservative political thought vs. the father of revolutionary idealism. The course also examines topics that sometimes receive less attention: the role of women, the upheaval in the Caribbean colonies, and the Revolution’s cultural dimensions.

This seminar examines how people throughout the world have incorporated salt into their lives. Drawing from research experience in the United States, China, and England, Dr. Brown will be exploring the archaeological, ethnographical, and historical contributions that salt has had in the operations of past and present societies. We will be looking at the many roles that this mineral has played in the growth and development of societies and civilizations in Europe, Africa, Asia, North America, Mesoamerica, and South America.
Salt is more than just a condiment. Although it figures prominently in foodways throughout the world, its production and use extend far beyond the realm of cuisine. Salt is arguably one of the most important mineral resources that exist with regard to human societies. Ancient salines, where brine bubbles forth from the ground, were highly valued by peoples of the past, and as such they often were closely guarded. Kings and chieftains are known to have fought for control of salt sites, because in many societies salt served as a form of currency. The original meaning of the term salary, for example, was the money given to Roman soldiers for the purchase of salt—in other words, their pay. Salt was important in the economy of Bronze and Iron Age cultures throughout Europe. Some of the earliest cities were established as centers for the salt trade, and many of the earliest roads were made for the transportation of this commodity. But salt has had many other usages beyond diet. It often has a social function, as in Medieval Europe where salt was a symbol of fraternity. In other regions of the world, salt has been employed in the cleaning, bleaching, and dyeing of fabrics, in the leather industry, in the working of precious metals, in the conservation of oils, in mummification, and even in cheese-making. One of its prime functions has been to preserve meat and fish. If the old adage is true that an army “moves on its belly,” then it was salt that preserved the food to fill the belly.