In order to honor the memory of the principal benefactor and visionary of the Blount Scholars Program, Winton Blount, the students of the program have created this page on the occasion of the 100th anniversary of Mr. Blount’s birth. An in-person event will be scheduled in the Fall semester of 2021. 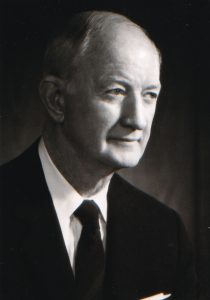 Winton Malcolm (“Red”) Blount Jr., was born on February 1st, 1921, in Union Springs, Alabama.  He enrolled at the University of Alabama in 1940, but left his studies at the outbreak of the Second World War in order to train aviators for the Army Air Corps.  At the end of the war, Blount and his brother, Houston, founded Blount Brothers Construction Company, a firm that would rapidly grow into one of the largest construction and materials companies in the U.S.  The company saw explosive growth in the 1950s and 1960s, specializing in work requiring a highly technical knowledge base.  Its accomplishments included projects such as launchpads at Cape Canaveral, the Superdome in New Orleans, and King Saud University in Riyadh, Saudi Arabia.

As his own company saw tremendous success, Blount became a leader of the business community, first at the local and then at the national level.  In 1961, he was elected President of the Alabama Chamber of Commerce; in 1968 he became President of the United States Chamber of Commerce.  Blount’s leadership skills and his belief in business’s civic and social  responsibility made him much sought after by both national political parties.  President Lyndon Johnson appointed him to the National Citizens Committee for Community Relations to advise the White House on the enforcement of the new Civil Rights Act of 1964.  In 1969, President Richard Nixon appointed him to be the Postmaster General of the United States.  Under his leadership, the U.S. Post Office Department was transformed from a Cabinet-level department of the U.S. government to a special independent executive agency. He served as both the last Cabinet-level Postmaster General and the first director of the new U.S. Postal Service.

Although he kept a hand in the business, now renamed Blount International, even after his “retirement,” Blount increasingly turned his hand to philanthropic projects, emphasizing the responsibility of business to the public good.  He was awarded the Golden Plate Award of the American Academy of Achievement in 1980.  In 1985, Blount and his second wife Carolyn provided land and a 20 million dollar donation to establish the Blount Cultural Park in Montgomery Alabama.  The park includes a 100,000-square-foot theater and is home to the Montgomery Museum of Fine Arts, to which the Blounts liberally donated.  The Winton M. Blount Center for Postal Studies and the Winton M. Blount Research Chair, both at the Smithsonian National Postal Museum, were founded with an endowment from the Blount estate. 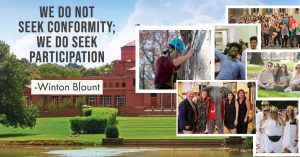 In 1999, Blount donated several million dollars to establish the Blount Undergraduate Initiative, subsequently renamed The Blount Scholars Program, at the University of Alabama.  Rather than establish a program in business, or engineering, or materials sciences—as might expected from a man whose success began in the domain of building and construction—Blount chose to found a program in the liberal arts, reasoning that education is not simply a matter of vocational preparation but preparation for personal and civic life as well.  The words that Blount provided at our Program’s founding identify the ideals and ambitions to which students and faculty in the program still hew today.

“A liberal arts education enlightens. It teaches us how to think, how to learn, and how to explore new areas of knowledge. It opens our minds to new ideas. It informs and inspires us with the timeless ideals that have shaped our civilization. Knowledge enables us to discover new capacities within ourselves and to use those capacities for good purposes. There are few experiences in life that are so transforming and lasting or so beneficial to the progress and refinement of our society as a liberal education.

“That is why we founded and established the Blount Undergraduate Initiative. It embraces the proposition that a nation advances and grows by providing opportunities not to some of its people, but to all of them; that the best of higher education is not the province of the elite, but should be open to anyone with the ability and determination to obtain it. Our aim is to provide you with an exemplary liberal arts education so that in the years to come you may become more useful citizens and contribute to the improvement of your families, communities, and professions, and to the larger society. 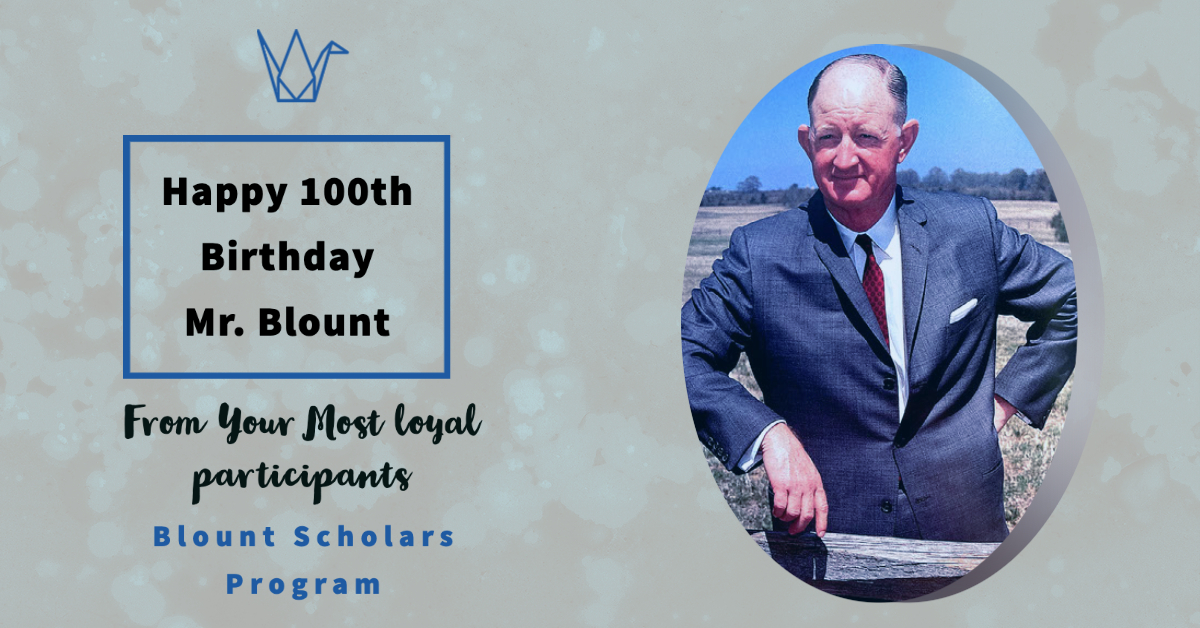